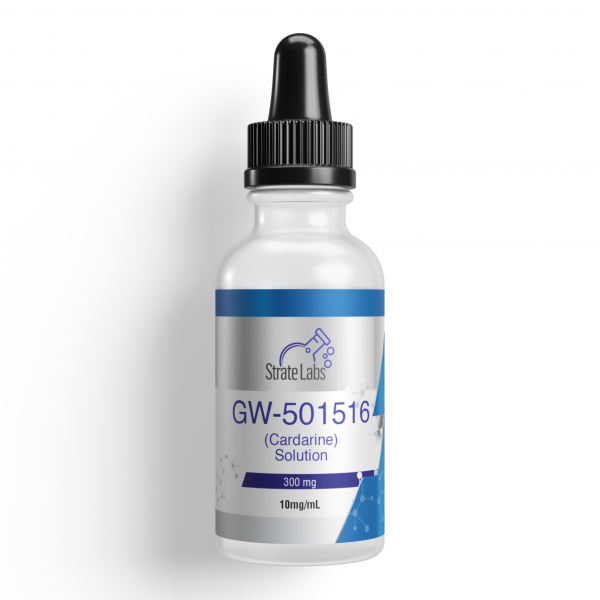 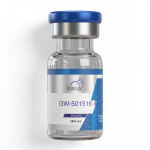 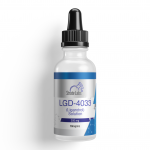 GW-501516, also known as Cardarine, is a PPAR agonist that has been shown to have positive effects on muscle building, endurance, increased HDL (good) and decreased LDL (bad) cholesterol, and body recomposition.  Cardarine currently has no human studies, but rodent studies have been very encouraging. When combined with exercise, GW-501516 combined with four weeks of running increased running time by 68%; running distance by 70% and doubled overall muscular endurance. Along with exercise, GW-501516 increased mitochondrial growth by 50%. Additionally, GW-501516 on its own has been found to activate many of the genes that activate when an organism goes for a run or exercises. Cardarine is a highly effective non-stimulant. It works by causing the body’s mitochondria (the cells responsible for producing energy) to release more fatty acids, which leads to an increase in strength and recovery during exercise. The amino acid HMB also prevents muscle breakdown as a result of intense training and long-term use can lead to many other health benefits such as increased fat loss due to burning calories.

Cardarine is not hormonal so it is not suppressive of endogenous testosterone.

Additionally, PPAR agonists have in general been found to have anti-cancer activity.

Products are furnished for LABORATORY RESEARCH USE ONLY. This product should only be handled by qualified, and licensed professionals. The product may not be used as a drug, agricultural or pesticide product, food additive, or household chemical – and may not be misbranded as such. All information on this website is available for educational purposes only. Bodily introduction of any kind into humans and/or animals is strictly forbidden by law.

There are no reviews yet.

has been added to your cart.
Checkout